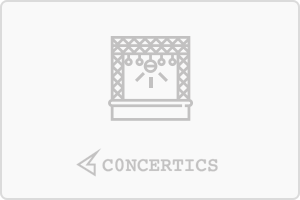 Madison Square Garden, also known as MSG, is an historic New York venue steeped in tradition. Home to the New York Knicks, New York Rangers and countless concert, sports and theater events throughout the year, Madison Square Garden truly is the most famous arena in the world. While Yankee Stadium manages to sell millions of Yankees tickets each year, MSG is still the biggest venue in the City. Everyone who comes to New York invariably looks for MSG tickets, and with the number of quality performances MSG hosts it no wonder why.

The place known simply as "The Garden" has a long and distinguished past, as well as a glittering future in American events staging. The interesting tale of how Madison Square Garden was built embraces entrepreneurial vision, disaster, and excitement, having been in the possession of PT Barnum the famed ringmaster, as well as the Vanderbilt family. These days Madison Square Garden, or MSG as it is sometimes called, has left the ornate towers and circus animals behind, and more modern events are held there. The current incarnation of Madison Square Garden hosts well over 300 events a year and functions as home ground for selling New York Knicks tickets and the New York Rangers tickets. Its involvement with these two professional sports led to the Garden's hosting the NBA All-Star Game and NHL All-Star Game, as well as part of the World Cup of Hockey.

In addition to the regular sport teams that call Madison Square Garden their ho,e MSG has hosted a bevy of other sporting events. Some of these include the world's top boxing fights, top WWE wrestling events, and the Big East Men's Basketball Conference Tournament.

The seating capacity of Madison Square Garden is distributed over six levels, each as famous as the next, with a general capacity of around 20,000. The most notorious section of the venue is that known as "the MSG blue seats", where New York Rangers hockey fans would regularly heap physical and verbal abuse on those who dared to travel to the Big Apple to support their team against the Rangers. The Blue Seats are a memory now, but Madison Square Garden is as busy today as it ever was.

Sports compose one aspect of MSG's chief form of entertainment, and rock 'n' roll is the other. Madison Square Garden has seen innumerable giants from the music world come and play, including Led Zeppelin, Billy Joel, Madonna, Mary J Blige, U2, Britney Spears, and Elvis Presley. The crowning achievement of many a rocker's career has been to perform live at the Garden, as attested by those who have released albums or CDs documenting the occasion. Madison Square Garden represents the intensity of New York City, but is also stands for history, and how a succession of visionaries, athletes, and artists have conspired to create a multi-faceted monster in the world of classic venues. Some misspellings of the venue include Maddison Square Garden, Madison Squaregarden, MS Garden, and MSG.