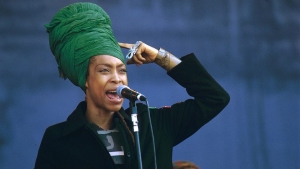 Order your seats online and prepare to one of the best performance by Erykah Badu. Our website proposes to you cheap tickets for all music events.

Erykah Badu is often described as “the First Lady of Neo-Soul” and with good reason! Her experimental brand of music that combines soul with hip-hop, R&B, funk, jazz, and electronic has received raves from critics for more than two decades. Badu's music appeals to the thinking person as she raises awareness about important issues such as racism, poverty, relationships, religion, and urban violence. She has also collected her share of accolades, including 16 music awards and almost 60 nominations. So imagine how thrilled her fans were when Badu announced that she was going on tour for the first time since 2010!

Ever since Erykah Badu's tour began, tickets have been selling like hotcakes. As a result, a lot of fans have been left feeling disappointed about not being able to attend any Erykah Badu concerts. But those who are truly in the know have turned to Concertics for all of their ticket needs. Concertics is a leading secondary ticket marketplace where concert-goers can find tickets to all of their favorite acts, including Erykah Badu's upcoming concerts! How does it work? It's so easy! Just use Concertics to search for Erykah Badu's dates in 2017, pick the city where you want to catch her concert, choose the price range that suits your budget, make a secure payment, download your Erykah Badu tickets, and enjoy the performance!

The fact that she is a legend in the soul scene would be enough for Erykah Badu's shows to sell out quickly. Often compared to Billie Holiday, Badu has a voice that simply cannot be duplicated among other singers today. But given that she rarely performs on tour, you can only imagine how fast Erykah Badu's tickets sell out in 2017! This is why you should act now and buy your tickets from Concertics. Of course, if you are unable to find tickets at the moment, it is no reason to feel concerned. Just sign up for Concertics' free SMS and email alerts, and you will be notified about available tickets the moment they are posted.

If you are looking for a great way to spend the evening and hear music with a message, you cannot go wrong with Erykah Badu. Her music really spoke to the generations that grew up in the 80s and 90s, and thanks to her current tour she is able to introduce herself to Millennials as well! So now matter your age, you are certain to enjoy her concert. So make the right choice and buy your tickets from Conncertics today!

How to Buy Erykah Badu Tickets

1. Do you already know the Erykah Badu upcoming concerts & shows 2017 ? Are you already interested in a particular concert? Now, you can find a matchup that will satisfy you using the date or opponent filters.

2. Hit "Tickets" button to look through all the Erykah Badu tickets available, and the interactive seating chart of the concert location. Filter the tickets by price and quantity – it will save your time when choosing the perfect match in the proper price range. The "eTickets Only" filter reveals all the tickets to the concert that are delivered to customers via Internet. You can check the event venue places available in every section on the interactive seating map and find the most convenient of them for you. Make sure the ticket meets all your requirements and use “Go” button to go to checkout page.

3. On this page carefully check the chosen Erykah Badu tickets details. Scrutinize the ticket notes and the information on delivery. After you ensure that there are no mistakes, populate a checkout form fields, and get the Erykah Badu Tickets you want! Enjoy them!

Those who don’t know Erykah Badu – which we highly doubt such people even exist – are definitely missing out on some good quality jazz, hip hop, funk, soul, soul and reggae music. Because Erykah Badu isn’t simply a name on a compact disk or iTunes playlist – it is a milestone in the development of modern sound creation.

Born in Dallas, Erykah Badu probably didn’t think at that time what kind of success the legendary Baduizm album will have. But talent is a unique gift and just a couple of years later a new creation called Mama's Gun appears and is being absolutely loved by the admirers from all over the world.

Love Of My Life (An Ode To Hip Hop) (feat. Common) 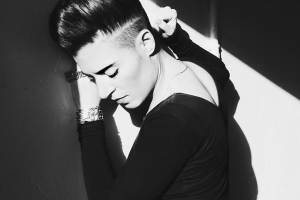 The Albums of Erykah Badu: